** I'm cheating a bit here - It's been a busy few weeks and I haven't had a chance to
write any new blog posts, although there is stuff to write about! To keep material
coming I thought I'd share this blog post from a blog I contribute to occasionally,
originally written a few years back it is still as relevant now as when I wrote it. **

When I am out and about, whether it be for a gentle countryside walk with my family, a solo adventure, dedicated photography trip or a foraging session, I am always drawn to certain features in the landscape . Rivers are one of those features, particular smaller rivers in deep cut, wooded valleys. There is something about these valleys that never gets old to me. As a teenager on the North Devon coast I had plenty of opportunities to explore these sort of valleys, including in and around Exmoor, to this day one of my favourite parts of the UK.

You may ask why, and I don't really know the definitive answer to that question but I have a few ideas. The first revolves around the concept of mental maps (something I had written about previously and will probably do so again for this blog), particularly resource maps. Rivers are a phenomenally rich resource (I originally wrote this for a bushcraft blog - www.bushcrafteducation.co.uk - and so it was originally aimed at foraging and that sort of topic):

First and foremost they are a readily available source of water. In the higher reaches of rivers where they run fast and clear it is also likely to be clean water which you can drink straight from the river. Even these days in areas where agricultural run off may have sullied the water, or in its lower reaches where it runs slow and silty, with simple techniques it can be filtered and purified to be made safe to drink. 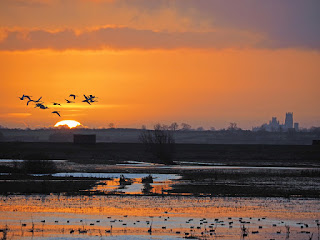 They were to our hunter-gatherer ancestors an important source of protein, and still are today albeit one which is far less used than it once would have been, in the shape of water birds*, fish* and crayfish (although sadly these days an invasive species, the American Signal Crayfish which has driven our native White-clawed Crayfish to the edge of extinction). If you know where to look there may also be freshwater mussels or as you get closer to the coast and into the brackish and tidal zones of the river there may be other salt-water shellfish to harvest.

With a constant source of water and, further down the river at least, nutrient rich silts, river valleys are often a great source of plant food as well. To name a few, wetland areas associated with rivers are often home to sedges (Carex spp.), some of which have seeds which can be eaten; Bulrush or Greater Reedmace (Typha latifolia) can be found which has edible rhizomes as well as being a useful tinder. These days in the UK several very common edible plants found along rivers are non-native species, certainly not something our hunter-gatherer forebears would have been familiar with - Himalayan Balsam (Impatiens glandulifera) and Japanese Knotweed (Fallopia japonica). And by eating either of these you are also doing your bit for conservation by reducing the population of an invasive plant. 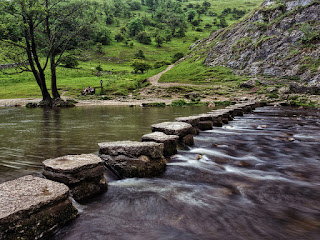 Some of the trees often found in close association with water are Willow species. Willow is an extremely useful plant to a bushcrafter providing bark for cordage & withies for basket making. In addition its bark contains Salicylic acid (in fact 'Salicylic' is derived from Salix, the Latin name for the Willow family) which is a component of aspirin and it has been known for centuries that chewing on willow bark could ease aches and pains and reduce fevers.

Having established that rivers are useful for resources I think that part of my fondness for rivers stems from an instinctive draw to a landscape feature which is of use to me. But I don't think that's the whole story.
Rivers are also beneficial for moving through the landscape. In a very modern sense we can see this based on how many roads or railway lines follow the course of rivers. In many circumstances the river bed itself will be the path through a landscape which experiences the least severe changes in elevation - waterfalls being a fairly obvious exception! By following these ready made paths modern engineers have saved themselves time and effort but also created for themselves different issues by placing their projects in the path of an immense erosive power - but that's another story. 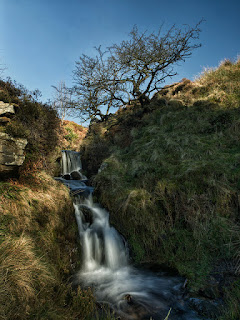 I don't think this benefit would have been unappreciated by the people who roamed the land when roads weren't even a futuristic dream. Especially during the summer, when vegetation was at its highest and most impenetrable, and the water level was lower likely exposing a portion of the river bed, using these natural routes to move inland from the coast or the opposite would have saved effort and ensured that food to fuel your travels was never far away. Certainly in dense woodland I have followed small rivers or streams, sometimes alongside them and sometimes by necessity in them to aid my movements and help me to move more quickly or easily. It has long been a goal of mine to follow a river from its source to the sea - I think it would be a fascinating journey!

In all this I have skirted around the potential of travel on the water itself. While not a expert in water travel I have been lucky enough to do a bit of kayaking and rafting both on rivers and the sea and it is a great way to travel. Early inhabitants of the UK may not have cashed in on this opportunity as much as those in other parts of the world, the effort required to manufacture water-borne vessels perhaps outweighing the advantages in many situations on a relatively small island. It is however well documented that early civilisations in other parts of the world focused their travel on waterways with variations on the theme of dug out canoes and later in the northern hemisphere with bark canoes. 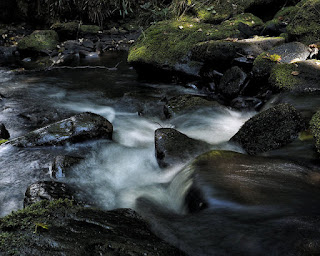 If you are referring back to the title you'll notice we are two thirds of the way through this tale. There will be those who read 'inspiration' in relation to 'river' and think I have lost it - city folks perhaps for whom rivers are places for stolen bikes and shopping trolleys, pollution outflows and perhaps if your lucky, the odd gull or duck. Luckily in Britain today even this inner city image of rivers is largely a thing of the past with tighter controls on pollution and water cleanliness but still the Thames in London or the Mersey in Liverpool are not the sort of rivers I look to for inspiration.

The picture that comes to my mind when I think of inspiring rivers is a small river, wooded valley sides rising steeply above, clear water trickling quickly through a jumble of moss-covered rocks and woody debris. A Dipper rushing past or watching you from a half-submerged rock. Perhaps a little further downstream a whistle and a flash of blue alerting you to what has got to be the UK's most colourful bird, the Kingfisher, going about its business. If you're lucky some muddy footprints indicate a Otter isn't far away, and if your even luckier a glimpse of these now thankfully returning mammals. In the early morning mist a Roe deer perhaps, tentatively crossing from its shelter on one side to prime feeding ground on the other. As the sun gets higher, the dragonflies, the birds of prey of the insect world start to come to life. I could watch their aerial battles for territory and bright colours for hours before I got even a little bit bored. At the right time of year mayflies provide a spectacle, both as they 'dance' above the water and as they are fed on by every valley dweller you can imagine. I could go on... so I shall. 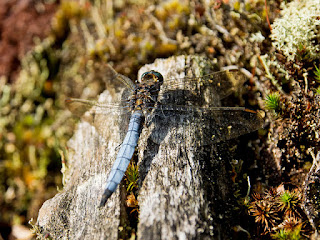 As a teenager I was lucky enough to work on a nature reserve for a week in Scotland. (On a side note, to any young person reading this, I cannot recommend highly enough this experience.) One day having been to check a hide over looking a large marshy flood plain alongside the river Spey, I spotted a family of fox cubs playing on a 'island' in the marsh, their earth was obviously located on the slightly higher and therefore drier ground above the wetland, among the gorse. On my return journey to my accommodation that evening, a gorgeous summer evening, I cut across the reserve - cresting a ridge having climbed up steeply through birch woodland I looked up to see an Osprey flying over, fish held tightly in its talons. Standing on the ridge transfixed by this spectacle I had never witnessed before I became aware of movement in the valley meadow below - a Roe buck, summer coat radiant red in the low evening sun had moved out of the woodland to browse. What a day! Not all strictly river associated but all within a stones throw.

I know of no sound more relaxing and calming than the gentle trickle of a river to lull me off to sleep in an evening after a strenuous day out of doors. And in the same way I could sit, and have done on many occasions, and stare at a fire burning for hours, I could sit and watch a river flowing past, listening to its gurgles and trickles just as I listen to the pops and crackles of my fire. With the calls of Kingfishers or Dippers replacing the Tawny Owls I so often hear when sat by a fire in woodland.

Beyond the river itself the landscapes they have created can be awe inspiring all on their own, dramatic landscapes all over the UK have been carved over many millennia by the rivers which now seem like a side show in the valley bottom. Caves and tunnels, stacks and caves and water falls all indicate the sheer power of water in the landscape and can be as spectacular as their coastal counterparts.

We all I dare say have 'favourite landscapes' - I would certainly have to say that rivers and the associated valleys and wetlands are well up there for me. They provide food and fun, mental relaxation and the ability to move through the landscapes we love. What's not to like!

* - It needs to be remembered that the taking of certain fish and all water birds, and the methods of taking or catching them are restricted by law in the UK. In certain circumstances you may just need landowners permission, in other it is far more complicated.
at October 30, 2017