Looking North for an upcoming adventure 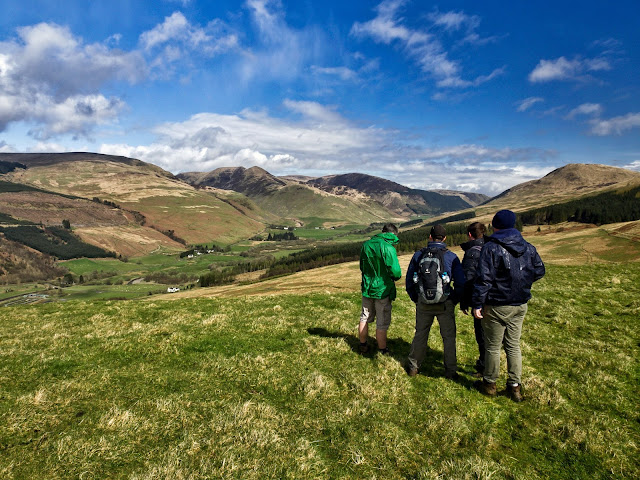 During the daily grind when my mind wanders, and I have to admit it often does, it most frequently heads North.

Not always - the wide open spaces of Africa with it's diverse (and large!) wildlife; the mountains of Corsica and the GR20 long distance trail I've wanted to hike since I was teenager; the blue waters, exotic fruits and tropical forests of the Caribbean; New Zealand, the European Alps, the Atlas Mountains, the Amazon Rainforest... I'll stop there, you get the point, I mentally wander south sometimes too.

But most often it's North. Landing on a high mountain lake in Alaska in a De Havilland Beaver float plane; watching the Northern Lights dancing over the snow covered forests in Arctic Sweden; and very, very often its Scotland.

I first visited Scotland as a 17 year old - I worked on an RSPB reserve on the edge of the Cairngorms National Park for a week (as a volunteer) as part of my Gold Duke of Edinburgh Award. That week introduced me to a stunningly beautiful country which I have visited relatively often since, but no where near as often as I would like. There is still a lot I would like to explore and experience - luckily I've got a good few years to keep exploring and my wife loves Scotland too!

That trip almost 13 years ago also introduced me to the idea that working in the conservation industry wouldn't be such a bad way to make a living - a pivotal moment in many ways. But at that time my career aspirations lay elsewhere - to be entirely specific they lay a hundred miles or so west, flying small commercial passenger planes around the islands of the west coast of Scotland - that was my dream job. When the time came a commercial pilots licence was a cost I just couldn't justify and I followed my back up plan, went to university and now work in conservation.

But in just over a weeks time I will be fulfilling a small part of that 15 plus year old dream and flying onto a small Scottish island - Barra - in one of those very same small commercial passenger planes where I will land on a beach (the only commercial airport in the world which operates from a beach - yes really!). I won't be the pilot of course, sadly, but this is still a whole lot closer to that dream than nothing!

Barra is the most southerly inhabited island in the Outer Hebrides island chain, and just 10 miles north to south, and 7.5 miles east to west. Small enough to explore by foot over the course of the 3 days I'll be spending there. I'll be camping during my visit so I've got my fingers crossed that the Beast from the East Part 3 doesn't bring a quite the cold snap that some reports are suggesting! I also need to go through my gear and thin it out a bit to meet the baggage allowance for the flight in.

I'll leave that kit discussion for another time. For now you may have gathered that I am pretty excited for my upcoming trip! And you can be certain in the knowledge that you will hear more about it on here in due course.

Wild Moments: The precious privilege of cultivating the spirit of adventure in a young heart. 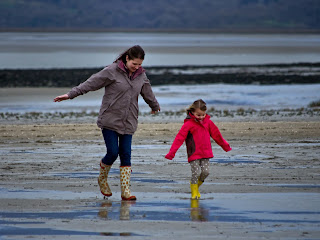 ** Another 'Wild Moment' considering something close to my heart - family, children and introducing them to the natural world and adventure **


Life is busy, isn't it? I'm sure it's not just mine. Commitments pile up, calendars fill and free time dwindles at an ever increasing pace. I often talk of needing to 'make' time and it sometimes does feel like a significant project to engineer opportunities for time out of doors, or for 'an adventure'. Adding children to that mix doesn't make it easier (or cheaper) - 'bed time' is suddenly 4 or 5 hours earlier; a 'good nights sleep' becomes an exception rather than an expectation; a 'walk' with a toddler can be considered long if you leave the car park rather than the county! 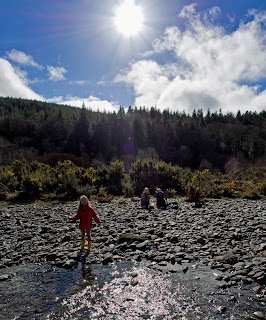 BUT - and it is a big one - as a parent you have an opportunity to plant the spirit of adventure in a fresh heart, and to see the excited twinkle of exploration in new eyes. I have always loved the outdoors, I still do, and I am fairly confident that I always will. I still enjoy spending that time in the natural world alone and at my own pace (which I like to think is reasonably quick... unless I'm taking photos). But there are very few things I enjoy more than witnessing the excitement in the eyes of our children when they are presented with the opportunity to do something new, something adventurous! Adventurous to them is at a different place on the spectrum than it is for me, of course it is. After all every one starts somewhere - Sir Edmund Hilary didn't start with Everest, nor was Amelia Earhart's first flight an around the world venture. *Add your favourite example of an intrepid adventurer here*. 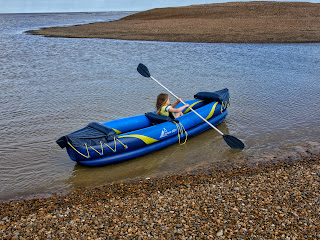 As parents we have tried (there is still a lot we could do better) to cultivate that adventurous spirit in our children because we hope that if we start them young that it will sink deep and they will seek 'adventure' for the rest of their lives. Yes, there are times when this meets with resistance: 'it's too cold', 'it's too wet', 'it's too windy', 'it's too sandy'. But that resistance will weaken over time. Our daughter once spent a whole warm, summer day on the beach sat in a folding chair with her feet on a towel because she refused point blank to get sand on her feet! The following year we visited a Scottish beach in April (it was much colder!) and she loved it! She played in it, rolled down sand dunes, dug holes and jumped in them - when we got back to where we were staying there was sand everywhere. Stick with it and the resistance will fade. 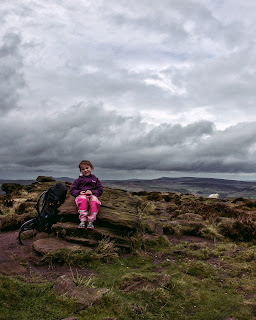 I was 24 when our daughter was born - that is pretty young these days to have a first child and I often have conversations where the reaction to learning this (sometimes spoken and sometimes inferred) is that my opportunities for fun therefore ended at 24. But I see it entirely differently. The way I see it is that when she becomes a teenager I'll still only be 37 (and 40 when our little boy becomes a teenager). Hopefully I will still be fit enough at that relatively young age that I will still be able to keep up with them when they take that spirit of adventure which we have instilled in them and want to do something really interesting! 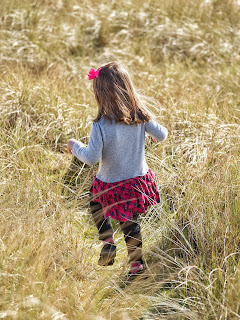 So yes we may have sacrificed some of our perceived freedom as young adults to have a family early. But to me, rather than missing opportunities for fun and adventure, we have created the opportunity further down the road to share our fun and adventure with the people who matter most to us - our children.