I slept on top of a hill last week. And it was good! 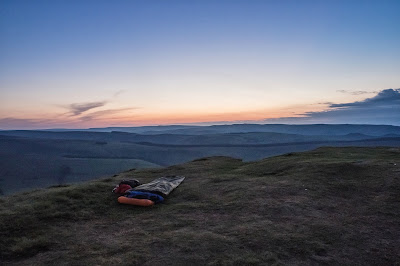 It wasn't a long night; I bedded down late and was back up to watch the sunrise, but by other measures it was easily the best night sleep I had that week. To rouse from comfortable slumber to see a million stars over head and breath fresh, cool air; roll one way and see the sparse twinkle of lights hundreds of metres below in Edale with the dark mass of Kinder Scout looming behind; roll the other and see the cement works at Hope... not quite so romantic perhaps!

I've been saying I'll sleep out in the Peaks since I first started working there 2 and a half years ago. With opportunities running out, I seized the moment and made good on my plan. 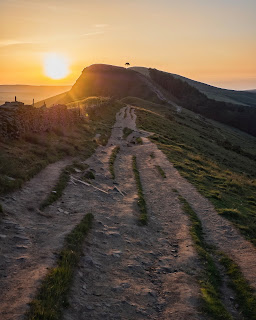 I've told you about the new job, what I know about it anyway. And my 'wild' experiences through that role will continue to feature in any ongoing narrative you get from me.

But this blog has never just been about my job. To get the most out of your interaction with the natural world, you need to make opportunities. "You reap what you sow" after all. Back at the beginning of the year I wrote about how I wanted to make 2018 the year I 'did' rather than 'talked about' (that one's here). I've done OK so far - I've climbed Snowdon, something I've been saying I will do for years, and I visited the Outer Hebrides (Part 1 here, part 2 yet to come...), which has been a dream of mine since I was a teenager.

A few of the plans I originally set have changed - that's life, we'll pick up the delayed ones next year or some other time. Later this week though I'll be departing on the next part of the plan which is another that has been waiting for years. 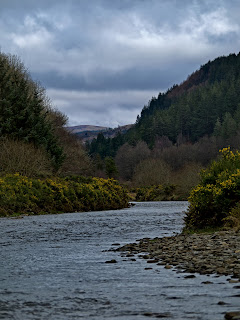 I've been visiting the Ystwyth river in mid-wales for as long as I can remember. Since I was old enough to start plotting hypothetical journeys and adventures, following a river from it's source right down to the sea has been a recurring day dream and goal. The Ystwyth has been at the top of that list since well before I stopped growing. Appropriate then that when I set out for that journey in the early hours of Thursday morning one of my brothers will be going with me.

Of all the trips I've done so far this year, I will be furthest out of my comfort zone on this one - I'm not the strongest swimmer in the world. I'm confident I'm as prepared as I can reasonably be, and I'm not one to take unnecessary risks... only calculated ones. I guess I can report in a few days just how far out of my comfort zone I get.

The plan is simply. Drive to the mouth of the river, park the car, take a bus back inland, hike to the source, then travel the 27 miles back down river by any means which pass the miles - walking, wading, swimming, floating. Sounds good doesn't right! I'll check in when I'm done.

Sorry; it's been a while hasn't it! 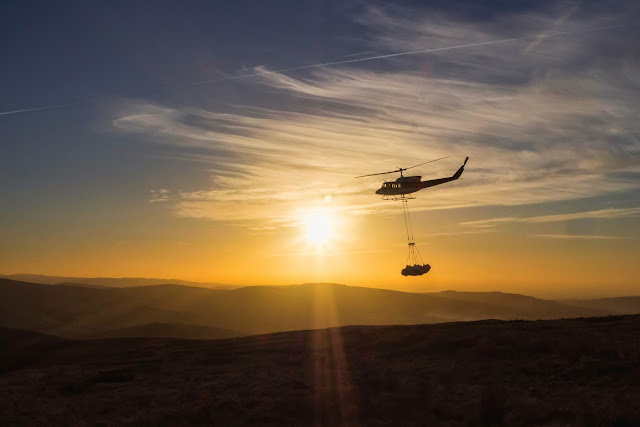 Firstly, to give some explanation to the long period of silence: just a few days after I last posted on the blog I had a job interview, and to cut a long story short, I got the job. Now I am just a few days away from starting that new role. Between winding down my current employment, preparing for my new job and getting some other loose ends tied up so I can focus on my new role without distractions, my blog writing simply slipped down the priority scale. Hopefully I'm back to a point where I can be writing more regularly again.

My new role is with Staffordshire Wildlife Trust, an organisation I've volunteered for in the past and done some seasonal work for too. The full job title is quite a mouthful - "ERDF Sunrise Senior Biodiversity Project Officer"... I think, something like that anyway. I'll be quite happy to go by Biodiversity Officer to be honest.

I'll be working on a new Project, the "SUNRISE" Project, funded by the ERDF (European Regional Development Fund) and with the remit to restore, enhance and improve urban green space habitats, with a focus on river corridors in Stoke-on-Trent and Newcastle-under-Lyme. SUNRISE stands for: "Stoke and Urban Newcastle; Restoring its Secret Environment"; as acronyms go I think that's pretty cool actually. No doubt more details of what I will be doing will filter through my blogs and pictures over time, as they have done with my other work previously, but I better get my own head around what I'm doing first. 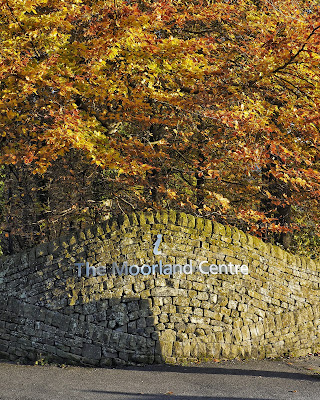 As my current job has been a pretty common source of images and stories of exciting landscapes and successful conservation you may wonder why I am leaving - the simple answer is distance. No job is perfect, and there are things which I would have changed had the opportunity presented itself. None of them were big enough on their own provoke a change, BUT... my office is 35 miles away! That's 70 miles of commuting a day when I work from the office. Certainly as long commutes go mine was pretty scenic, right through the heart of the Peak District National Park. I'll probably put a post up just about that commute soon. But the time away from family and the fuel cost killed it and had me looking for other opportunities. I wasn't ready to jump ship for just anything, it had to be something worthwhile and relevant, something that allowed me to continue to do what I enjoy, not to mention something which had a shorter commute. I'm fairly confident that's what I've found - fingers crossed! The commute element is certainly going to be significantly improved, my longest commute should be half of my current one, and some days it will be just a few miles each way.

I have thoroughly enjoyed my time at the Moors for the Future Partnership and would encourage anyone looking for work in the conservation sector to consider a role there (hint hint - there will be a few coming up in the near future; by coincidence I'm not the only one leaving over the next few weeks). The work they (I suppose I can justifiable claim 'we' for the last few years) have achieved is nothing short of remarkable, and the benefits of their success wide ranging. They got some interesting years ahead in the sheer scale of works they are going to be delivering and I wish the team there all the best. They have been a great bunch of colleagues.

The other fairly significant update is that the other 'work' I've been involved with over the last few years as Project Manager over at The Riddy Wood Project has also come to an end. Sadly the financial side of the operation was proving to be unsustainable and so we had to make the sad decision earlier this year not to renew the lease. We've not done any woodland management there in 2018 and after we've finished removing the last few bits and pieces (which we delayed until the summer simply so the grass track into the wood was dry and firm) we will be finished with our involvement there.

This is a real shame, both Geoff (check out his blog over at www.bushcrafteducation.co.uk) and I really enjoyed our work there. We were starting to see some real differences in the areas that we had coppiced and thinned, the wildlife there was great, and the groups and individuals we had hosted and taught there had enjoyed the experience and the setting. But it just wasn't working the way it needed to and we weren't in a position to control enough of the limitations to make it work better. We will both be looking for other opportunities to replace The Riddy Wood Project with something else which still meets the aims of giving people an opportunity to connect with and learn about the natural world - watch this space. 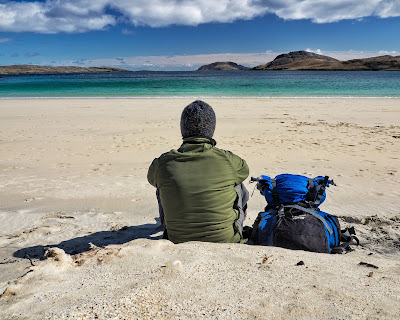 That then brings us more or less up to speed - as I said, there's been a fair bit going on, and this is just the employment side of things. I'll leave other bits and pieces for another post - this one is too long already. More normal service will hopefully be resumed soon, with more interesting things to write about that changes in circumstances!

And don't worry, I'll be finishing my account of my trip to the Outer Hebrides at some point!