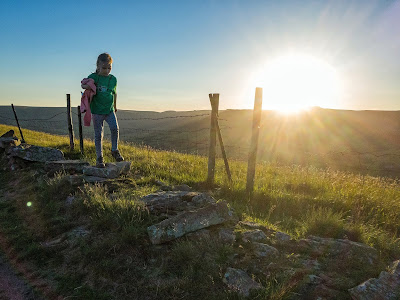 "The longest day of the year" - that always sounds dramatic doesn't it. Is it also a little sad? Almost as if the year is saying, "You've got less sunshine from here on, sunshine, make the most of it!" Last year on the longest day I was making the most of it, I think so anyway. I was walking down a river in Wales - read about that adventure here. This year I had originally considered walking Hadrian's Wall around the solstice weekend but had changed those plans to do something I could include the family in - the end result was a plan to go camping with my daughter. Excellent. 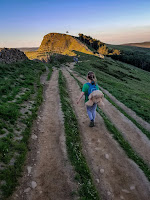 A month or so back Alistair Humphreys (if you haven't heard of Mr Humphreys you should check him out, I find his approach to encouraging people to 'live adventurously' both motivational and realistic) issued a challenge to #goniceplacesdonicethings over the summer solstice weekend; specifically encouraging people who struggle to fit 'adventure' into their life to get outside and do something attainable. Oh, and there were prizes too, you know, added motivation. In any event, any uncertainty there may have been that we would get out that weekend vanished. The fervent and hopeful weather forecast watch began and the specific plans started to materialise. 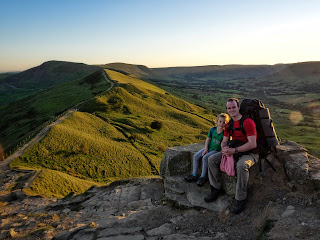 The final resolution on location came when my old colleagues up in the Peak District informed me they were having a BBQ that evening and invited me to come along. We would drive up to the Peak District, drop in to the BBQ to see some old friends and then find a secluded, quiet spot for 'little wild guy' to experience her first wild camp*. She wasn't quite ready for the full bivvy bag only experience (which is a shame as the weather would have been perfect for it and I love my bivvy bag!!) so we took my small hiking tent along instead. 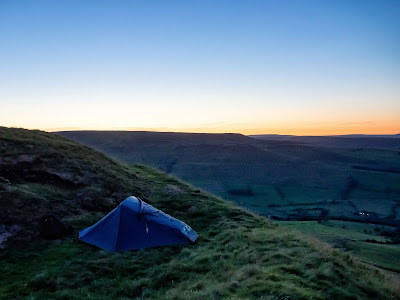 Suitably stocked with snacks, sweets and a large thermos flask of hot chocolate we parked Rhino (the family adventure wagon) below Mam Tor and walked up to Hollins Cross before turning right and heading for Lose Hill at the eastern end of the Great Ridge while the sun set on our left over the Kinder Plateau. To be honest, this was a greater distance than I had remembered from previous visits and the littler legs of the party were starting to lag before we reached the spot we were aiming for, but reach it we did.

We tucked in to a modest supper of crackers, cheese, salami, M&M's and hot chocolate before putting the tent up in what was by then - about 10:15pm - fast falling light. Little wild guy was out like a light seconds after snuggling into her sleeping bag giving me a chance to do a bit of reading - "The Kindess of Strangers": watch this space for a Best Books entry soon - as the light blue darkened to navy and filled with stars, and the warm glow receeded from a significant chunk to a sliver along the north-western horizon. 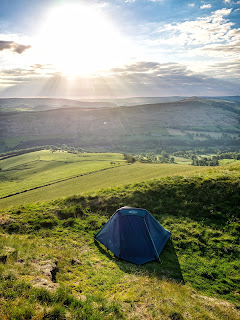 After a good nights sleep we did it all again, in reverse. The tent, the meal, the walk, the car - getting home mid morning on another beautiful sunny day filled with plans and chores. Little guy had slept well. "More comfortably than in her own bed" were the words she used. Our wildcamp had been a success then! It certainly was for me anyway - I had slept well too, enjoying the occasional awakening providing opportunities to glance up and out of the tent door (we may not have been in bivvy bags but I left the tent door open as a compromise) and see the stars, then the first hint of dawn, then a pre-sunrise glare girding it's loins behind scattered cloud before eventually full morning and daylight was upon us once again. This may have been the first daddy-daughter wildcamp but it won't be the last. And the littlest wild guy, my son, was extremely jealous of big sisters adventures and is desperate for one of his own ... Oh, alright then, if you insist son...
Richard 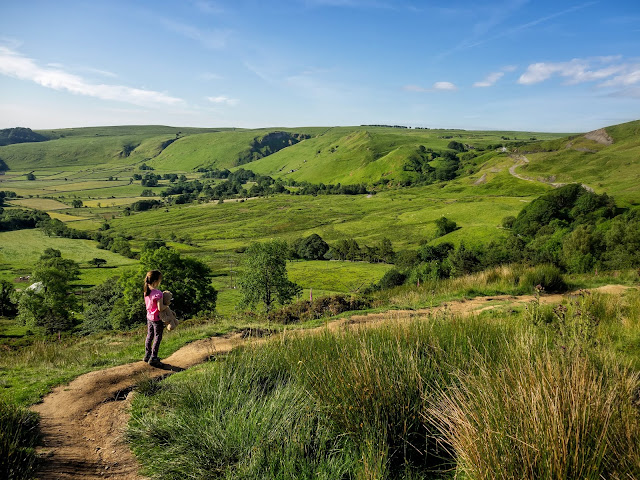