It's been a year! My not-so-new-anymore job. 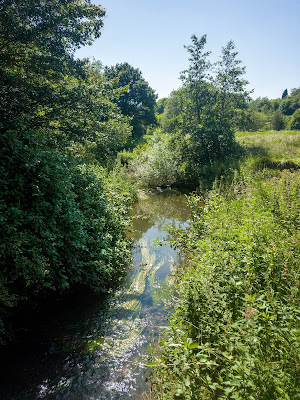 Last week marked one year since I started working for Staffordshire Wildlife Trust on the ERDF SUNRISE Project. Its been a full and busy year! As I haven't really mentioned it all that much on this blog I thought it was worth an update.

My original role with the Wildlife Trust was as "ERDF SUNRISE Senior Biodiversity Projects Officer" ... I know, a mouthful. Pretty quickly I just referred to myself as a Delivery Officer because that described my role adequately.

The SUNRISE Project which I had been recruited to work on is an urban green space restoration project. The project extends to 16 sites across the project area of Stoke-on-Trent and Newcastle-under-Lyme and funded by the ERDF (that's European Regional Development Fund in case you were wondering). On the subject of funding the total project budget was £3.6 million, of which the Wildlife Trust were responsible for coordinating about 50% of the funds on 13 of the sites. Enough to keep us busy then.

Originally I worked with a project manager who had also been recruited as part of the project team but with some other responsibilities too. There had been some delays in the project getting started, and they weren't quite over when I joined the team but we got stuck straight in doing what we could while waiting for the admin side of things to get straightened out. While in some respects very different to my previous job up in the Peak District National Park - no moorlands, no helicopters, in the city vs out in the hills and so on - there were other elements that remained very similar. I was still working in a partnership, with land owners and other stakeholders, I was still writing work specifications and tenders, and I was still (and still am) supervising contractors so it wasn't a difficult transition on the whole.

Time rolled on, the administrative delays eventually got straightened out and we started working officially - the first thing was to remove a weir from the River Trent, as you do. Then there was the wild flower seed which had been harvested earlier in the year to sow and the woodland management work to spec out and award to a contractor. The variety was welcome as if there was one thing about my last role (ignoring at this point the commute distance which was ultimately why I was looking for a new job) it would have been the opportunity to work in a range of habitats. Now I had rivers, wetland, grassland and woodlands to work with which was both a great learning experience and an opportunity to refresh my memory of some things I had learned previously but not necessarily put into action.

The delays had caused some problems and required some changes, so the project plan needed to be revised to fit the new timescales and budgets had to be re-written to suit. This was a pretty involved task but helped me to get to know the in's and out's of the project detail far better than I would have done otherwise - while it was 'my project' it had ultimately been written by someone else. By the time I had re-written the project to suit the time available I felt like I understood it and knew it better. 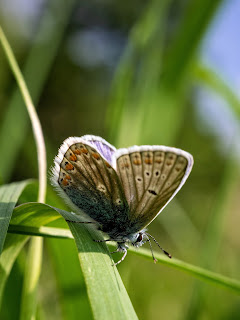 Despite the delays and problems, things were moving forward but his role (and his commute) weren't suiting the Project Manager and he handed in his notice after about 6 months in post with his planned departure running out to the end of the year. This left a hole in the project team, and to cut a long story short I took on the role of project manager as well at the start of 2019 which was and still is I suppose an exciting if nerve-racking opportunity. The project team now consists of me and a couple of other team members who have 1 day a week allocated to the project for specific elements.

6 months later and it hasn't all gone to pot yet. The project is still moving forward. It's not perfect, there are delays, changes, more admin work than I'd like but ultimately the project is going ahead. There has definitely been learning along the way, some of the learning curves steeper than other. Things like planning permission, large complicated construction work which is getting well into civil engineering territory, river restoration consents and permitting and quarterly project financial claims - all have required a fair bit of learning on the job!

What is there to look forward to? Well, the project has 18 months still to run, and a lot still to do, wildflower meadow creation, river restoration schemes (yes, multiple) and then we are back into a winter of woodland management and it will begin again next year, so on and so forth! There will be plenty to keep me busy delivering the project. But there is also the legacy, what comes next to sort out.

What I really hope, and have done from the beginning, is that this project will act as something of a catalyst to encourage more work in the project area on urban nature and habitats. While not a 'Stokie' I have now lived here for over 9 years, all my married life, I've studied 2 degrees here, both my children have been born here so it is home for now. I noticed years ago that there was a great potential for bringing nature into the city in Stoke and had various plans, with varying levels of reality to promote and encourage it. I even went to the point of making 'freedom of information' requests to get hold of Local Nature Reserve management plans to understand what was happening currently, but with other commitments had never got any of them past the drawing board stage.

When I saw the jobs for this project advertised it felt like a opportunity to put some of those mental plans into practice so I was a little bit disappointed when I found out that the project plan was already in place and I was just going to be delivering it. The project legacy will be where I may have a chance to put a little bit more of my plans and ideas into action, but that is the next job ... watch this space!

My twitter account is going to focussed on my work from now on too so keep up to date with that at @talesofawildguy.