It's late on a freezing December night in the mid 1990's. A young boy and his dad give up trying to put up their tent at a friends farm in rural Wales. The ground is frozen solid - without a hammer there is no way they are getting those pegs in the ground. The alternative is the car, which seems like a poor option at first. Wrapped up in all his clothes and his sleeping bag the boy reclines in the passenger seat and hopes he will be able to sleep. But soon sleep is the last thing on his mind because the sky is falling!

Little did my dad and I know all those years ago that by pure chance we had picked the peak of the Geminids meteor shower for our winter camping excursion. The frosty temperatures resulted from a perfectly clear night which revealed a stunningly starry sky. As we relaxed - well, settled at least - into our cold but well windowed accommodation we realised that the 'stars' were a whole lot more active than usual. Meteors were falling, by the hundred. Or so it seemed to my little boys imagination nearly a quarter of a century ago (wow, I am getting old!).

As a result of that experience as a youngster, the chance to watch a meteor shower will always grab my attention. I even took my girlfriend to watch the Perseids shower as one of our first dates just over 10 years ago... given that she has now been my wife for 9 years that worked out pretty well.

Knowing that this year the peak of the Perseids meteor shower coincided with a break to visit family in rural Suffolk, where light pollution is less of a concern than urban Stoke (who'd have guessed it?!) we planned to try and watch the shooting stars again, this time sharing them with our children. That was the plan anyway. The night before the peak we sat out in the back garden for a few minutes and caught sight of a handful of meteors before retiring for bed, keeping our fingers crossed that the forecast of clear skies the following night would hold true.

The next night the alarm was set for 2:15 am. Thank goodness I don't do that too often! I got up to check the skies were clear and then returned to help my wife wake up the children... except they would not be woken! Our 7 year old rolled over, pulled the covers over her head and told us to go away. The 3 year old didn't even stir despite extended shaking and repeatedly calling his name. Oh well, maybe next time.

Laid on camping mats in the garden to take in as much of the sky as possible, we watched the 'show' for a while - the best kind of outdoor theatre. We probably saw a dozen or so in the 20 minutes we watched for, but the light spilling over from surrounding houses marred it a little. Emily very sensibly returned to a warm and comfy bed but I, sucker for punishment that I am, wanted to make a little more of the opportunity. I drove the 10 minutes out to the coast where I hoped there would be less light pollution to watch for a bit longer. It was worth the drive!

I also wanted to try to take some photo's, hoping to catch a shooting star or two. My previous attempts at astrophotography have been amateurish at best, and I didn't think these would be much better, but you've got to start somewhere. I set the camera up and took some test shots then set the camera running taking continuous shots hoping that a meteor would coincide with one of the images. The results were not great, but it was a chance to practice the technique at least. I caught one shooting star, a tiny smudge of a meteor - I think I picked the wrong bit of sky to point the camera at. Never mind, lessons learned. 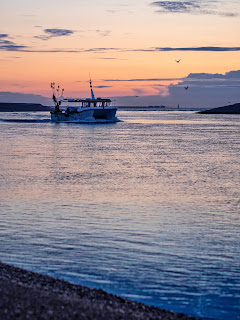 While laying on the ground looking up at the sky listening to the camera shutter repeatedly opening and closing, I became aware that the footpath sign just beyond my feet had changed shape. Confused and assuming I had dozed off and that my eyes were playing tricks on me, I stared harder at the sign. It moved. It took me another second or two to realise that the new shape was that of a Barn Owl which must have silently alighted while my gaze was directed elsewhere. It sat for a moment before going on its way with scarcely a sound - I think it heard me shift position for a better view. Having an owl, or any other wild animal for that matter, approach to within 10 feet of you is a pretty good way to start any day. And my day really was only just starting, it still wasn't even 5 am at this point!

I probably saw another 30 or so meteors before dawn started to colour and brighten the eastern sky, fading the stars until only the very brightest were still visible. Given my location on the east coast it would have been rude not to hang around for a bit longer to watch the sun rise out of the North Sea, a sight I don't get to enjoy all too often. I wandered north along the shingle for a few minutes until Orford Ness Lighthouse was more or less in line with where the sun would rise and waited. I figured the lighthouse would be a worthwhile addition to any photo's I may take. While completely alone, I was not without company. Hundreds of sea birds were waking up and flying off. Many of them had clearly roosted in the safety offered by the single spit of Orford Ness. The fisherman were up too - several trawlers chugged past me heading for deeper waters and pushing a wave after wave along the shore as I waited, each peeling off a cloud of gulls as it passed. 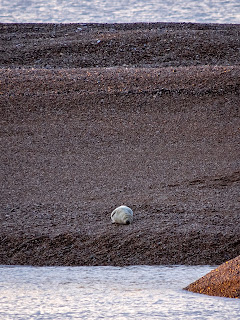 With half an hour or more until the sun was due to rise I played about with a few time lapses of the rolling clouds and brightening sky until the sun poked out from behind a large cloud on the distant horizon. It wasn't the most dramatic sunrise I've ever seen, but there is something about being witness to the birth of a new day which never gets old. Heading back towards the car, there was a lot more light to see what I had unwittingly passed earlier. Brown hares and curlews sat in the pastures reclaimed from the surrounding salt marsh. Reed buntings and other small birds sat atop the swaying reeds which lined the ditches. A lone seal, lounging on the shingle, stirred lazily as the day brightened, clearly contemplating the right moment to go in search of breakfast. I had been making a similar decision and was hoping that I'd be back in time to grab not only breakfast, but also 40 winks before the rest of the household woke up too!