Digital Photography without the computer. 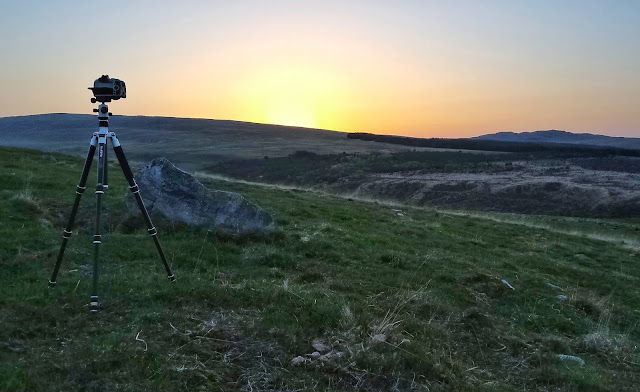 This isn't a photography blog, and I don't think it ever will be. There are lots of people far more experienced and technically minded than me writing about photography and cameras. So many that I'm not sure there is anything I could add that hasn't already been said or written many times before. Having said that, photography does play a pretty big part in it. I hope the images I include help tell the stories as well as illustrating them, and maybe even light a spark inside somebody to travel a bit farther, dream a bit bigger. 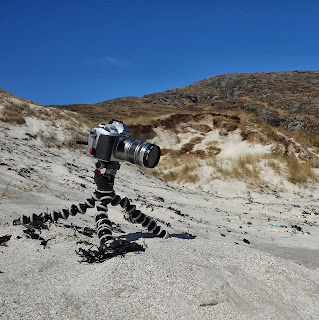 And as a big plus for me, I enjoy taking them; the process adds an additional enjoyment factor to the time I spend outside and makes me look longer and more intently at the world around me. So I thought I would take a few minutes to describe how my images make it from camera to my blog or social media posts - the ones that do make it that is, it is a relatively low proportion which do!

First off a brief note on my camera equipment. At some point in the future I will write more about the various bits and pieces of my camera gear.


I use an Olympus OM-D EM1, I've had it for 2 1/2 years or so, and I bought it second hand from... Ebay - good old Ebay! By the latest standards its lagging a bit behind in some areas; but it was Olympus' flagship camera in 2013 and considered to be a 'professional' level camera at the time, and I am still pretty happy with the results I get from it. I've always worked on the basis that I'd rather have good quality old gear than cheap, brand new gear. I have a few different lenses for it, a couple of Olympus lenses and a Panasonic telephoto. I also have a GoPro (free gift with a new internet contract) which I am still getting to grips with - early days. Tripods come in useful now and again, and I have a couple for different scenarios. A few other odds and ends like a few cheap, second hand filters and a set of extension tubes make up the sum total of my photography gear. 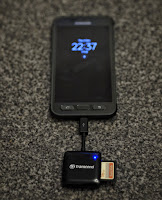 So far, so normal - pretty standard story, pretty standard photography gear. But unlike many photographers, my pictures never make it onto a computer except to back them up for storage. I suspect I am only one of a growing number who work this way - I do all my image editing on a smartphone.

There are a few primary reasons for this:

Firstly, the cost of decent editing software and the fast computers required to run it put me off. As I don't make a regular income from my photography I couldn't justify the price of a full suite of editing software. Plus, because I only ever tweak my images I simply do not need the full range of abilities offered by something like Adobe Photoshop.

Secondly, I found a touch interface a far more intuitive and faster way to input edits than mouses and keyboards. I've never gone particularly heavy on editing, I never add things and only very rarely remove things from images. When I do it is small distractions not large components of the composition so inventive use of the 'heal' function for removing dust spots and similar is normally good enough. As such the free, or substantially cheaper editing apps available on the Android operating system suited my purposes (and I'm sure you could say the same about iOS as well).

After a fair bit of trial and error I've found a system that works well for me, as follows:
- I have an SD card reader which plugs in to a micro USB port, this allows me to off load images, including the RAW files, direct from my cameras SD card to my phone.
- I have a model with expandable memory so I can use a large Micro SD card as an image store and back up a decent number of images.
- I then add raw images for editing to Adobe Lightroom Mobile. This is a paid for app and costs a few pounds a month. It is more limited than the full desktop version but is also significantly cheaper and gives me most of the functionality I want at the minute.

- Having made initial adjustments on Lightroom I export the image and perform final adjustments in an app called Snapseed, a free app developed by Google, and then save a final version of the image. Snapseed has a few functions which Lightroom does not, otherwise I would stick to just the single application.
- The final step in the process is to backup both original and processed images to an external hard drive. This is one element of my 'workflow' which still requires a bit of work. At present I have to back up via a computer, because I am using a standard hard drive as back up. With an SSD I could work directly from the phone. At the minute the cost of high capacity SSD drives are a bit on the high side for me. But they are coming down in the price all the time and I am sure that before too long they will be within reasonable financial reach.

The main players in this process are the two editing apps. There are pro's and con's to both. On balance I prefer Snapseed I think. It has an almost bewildering array of options of which I use perhaps 10%, but it is layed out very well and is very simple to use I find. Of course the perfect app would be a combination of the features and functionality of both, preferably with the price tag of Snapseed, i.e. none.

So that's it. Start to finish; camera to Instagram and beyond without a computer. Of course these days smart phones are computers. I recently bought a 'new' phone - a Samsung Galaxy S7 Active (from Ebay again, but it is new to me) - the model is several years old and already superseded several times over but the processor in it has as much RAM as the laptop which got me through two University degrees! And it's screen has a higher resolution than any other device I've owned.

The final advantage that I will mention of this work flow is that I can do it anywhere and have done it in many different places. Waiting in an airport, sitting on a bus, in bed, on top of a mountain. And so far as any watching is concerned, you are just like everyone else in the world, looking at a phone. Quick, fuss free and easy.

Of course this method won't work for everyone. People doing extensive and complex editing on massively high resolution images for sale to high paying clients for example. But the last magazine article I had published used images I had edited in this way and the art editor didn't say anything about the quality of the imagery. I have yet to try printing large images edited in this way on anything other than canvas, but I will one day. In the mean time I will focus on the fact that I can afford to because I havent had to buy a new and expensive computer which I would only need to use for one thing.

Hopefully this may give one or two people some food for thought.

Email ThisBlogThis!Share to TwitterShare to FacebookShare to Pinterest
Labels: photography