Highlights of wildness from the past few months 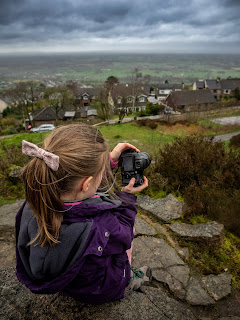 Despite the silence on the blog (for two months! whoops!), we have been getting outside as a family. As the actual 'getting out' is more important that writing about it, I don't feel too bad about the lack of writing. It's better than writing about it and not doing it! But the time has come for a bit of catch up on our family time as well as other things!


Our trips haven't all been to our local woods, we've thrown a few extras in here and there to keep some variety, including a few trips to the Peak District, our local National Park, and TWO trips to Scotland since the last blog post. But we have included semi-regular visits to the woods and the seasonal changes have certainly been apparent already. While we have passed up opportunities a couple of times because of the weather, we have been out on days where it would have been easier to stay in too! But it hasn't all been grey skies, we've also enjoyed some absolutely beautiful weather! 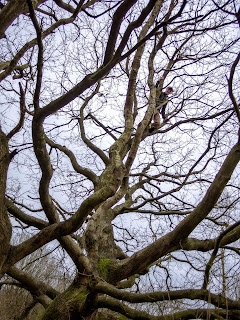 Since I last wrote we have managed the following outings among others, which as much as anything is a list of pretty easily accessible outings for people in the Stoke-on-Trent area:
- a wet, cold and blustery (and therefore short) trip out to Mow Cop Castle on the Staffordshire / Cheshire border. It's owned and managed by the National Trust but unlike many of their larger properties free to visit. There isn't much to the 'castle' these days, and you can't actually go into it but it is a handsome feature and has cracking views over Staffordshire and Cheshire. Of course, the view was not all that special when we were there as it was dominated by low, grey cloud and accompanied by heavy rain. But we were outside, working towards our fresh air quota for the week AND our daughter took an old camera for a 'photography lesson'. Much like the view, the lesson didn't really materialise while we were there, but it's a start! 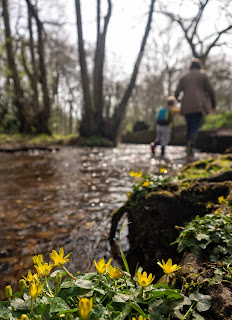 - A post school / work trip out to Park Hall Country Park on the edge of Stoke-on-Trent for a walk. Being a very short (less than 5 minutes) drive from home this is a favourite spot of ours for some family outdoor time. It has expansive views out over the city and is the best place I have yet found to watch the sun set over Stoke-on-Trent.
- Several trips to our local woods including the finding of a new favourite climbing tree where the children have had some tree climbing lessons. On our most recent excursion the bluebells were just starting to come out in earnest, but we need to visit again as they are probably fully out now! The little stream which flows through the 'woods' - although really through the adjoining rough grassland and scrub - has also become a favourite of the children to jump across and splash in. 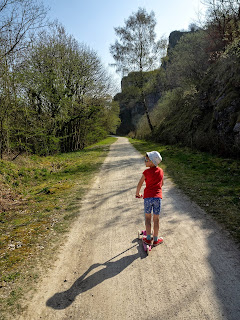 -  A sunny walk at Downs Banks National Trust reserve near Stone, between Stoke-on-Trent and Stafford. A mosaic of woodland and grassland on either side of a scenic brook. Stepping stones and shallow water make it a prime place to enjoy a bit of water play for small feet, but the woods and banks are full of interest for older eyes too. The meandering brook through the valley is a fitting centre piece to such a pleasant reserve which we have visited often before, and will continue to.
- Bank holiday weekend saw a chance to go a little further afield to the Peak District and the Monsal Trail near Buxton. We took a scooter and a bike for the little legs and enjoyed a morning scooting at various speeds along the old train line through old tunnels and over high bridges between the high walls of the stunning gorge of the river Wye. Climbers were enjoying more vertical adventures on the gorge walls with a beautiful blue sky as a ceiling, but the little Guys are not quite ready for adventures of that scale just yet. 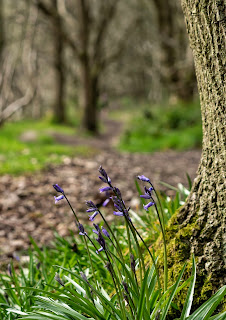 - Finally the Roaches were once again a feature of a brief and short notice evening outing during the Easter holidays. The Roaches need no introduction here, but this was the first time I had visited properly since the huge moorland fire last year. It was sobering, but that is the topic for a different post.

This brief account skims over a few outings, misses entirely the two Scottish adventures which are also worthy of their own posts and also doesn't touch on my 'wild moments' from working as a conservationist which gets me out more than many - another subject for separate posts. There is stuff to keep me writing for a little while yet, so I will leave this brief update here with a map showing our trips out and about. Until next time... 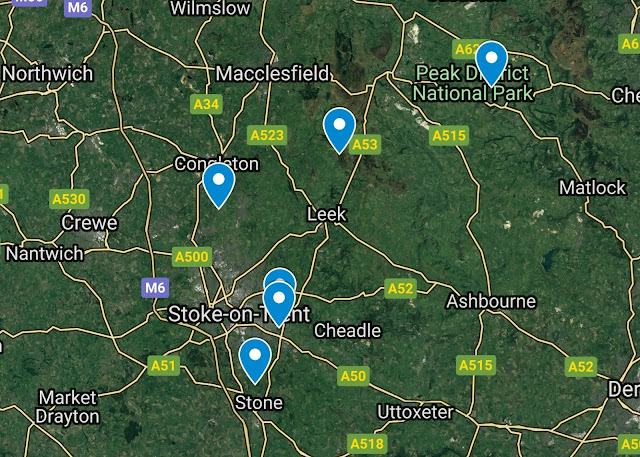